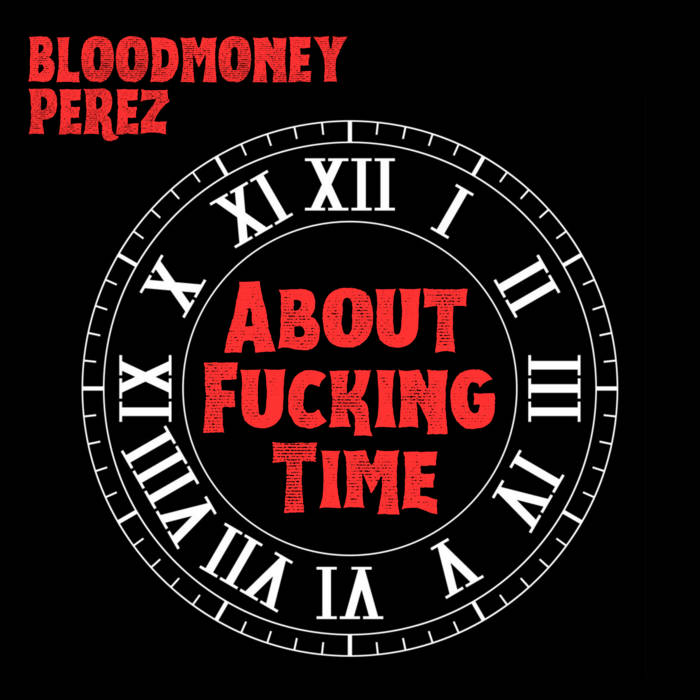 Written at what I like to call 'God Hours' which is when no one is really awake. I was commuting to and from work when I still lived in Portland and concluded the process while recording in our apartment in Seattle.

Messiah Musik is someone who has a sound that is something that feels like it pulls the best out of me and I am blessed to have him produce not just most of my last album "Time Is A Motherfucker" but all of this one (with exception of the Defame Remix).

I hope you enjoy this:

"Seattle, Washington’s Bloodmoney Perez emerges from the wormhole of time & space to deliver a Messiah Musik powered project written in the God Hours of his everyday struggle. It’s “About F*****g Time” someone dropped a dope album."
insomniacmagazine.com/bloodmoney-perez-says-its-about-fg-time-album/

"Coming in at the 25th hour is Bloodmoney Perez with a new album, About Fucking Time, and the Seattle rapper is bringing some heat here. The album, produced entirely by Messiah Musik (Elucid, billy woods, Quelle Chris), is riddled with repetition, but without becoming repetitious. Like the opening “God Hours,” both Perez and Messiah stomp this one right into the ground, never letting up. the left of center “Remember This Shit!” moves like nothing you’ve ever heard, at moments sounding like it’s heading into swampy nothingness but instead directed into wondrous oblivion. There are other tracks here that deserve our utmost attention like “Smoke Screen (feat. Cunabear),” which is beautifully hypnotic, or “SAFE,” that drags like an extended pull on a blunt without release; there’s an originality here that can’t or shouldn’t be denied."

Produced by Messiah Musik except "Slap Yourself" remix which was produced by Defame (Cicada Shells).

Executive Produced by: Billy What!

All album art by: Billy What!

Mastered by the wizard Smoke M2D6!

Broadcasting from an outpost where we are the past, the present, and the future. Puerto Rican powered by Platano and Divine Energy.

Bandcamp Daily  your guide to the world of Bandcamp